From Heraldry of the World
Your site history : Worshipful Company of Needlemakers
Jump to navigation Jump to search 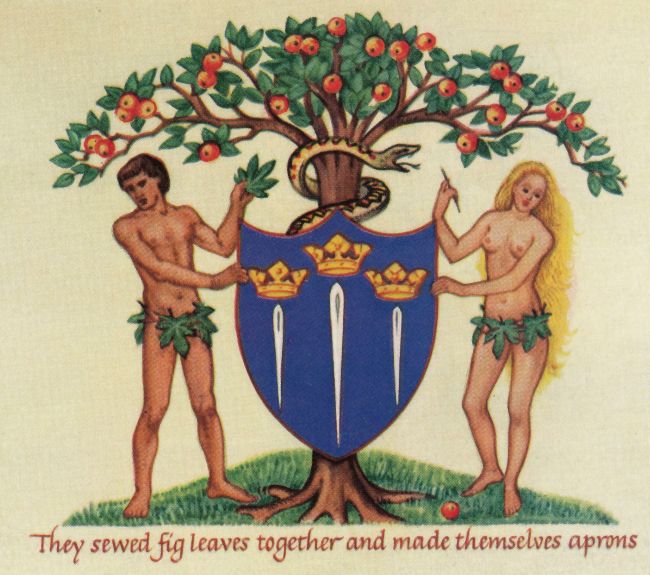 Arms : Vert, three needles in fesse argent each ducally crowned Or.
Crest: On a wreath of the colours, A Moor's head couped at the shoulders in profile proper, wreathed about the temples argent and gules, vested round the shoulder argent, in his ear a pearl also proper.
Supporters: On the dexter side a man, and on the sinister side a woman, both proper, each wreathed round the waist with leaves of the last, in the woman's hand a needle argent.
Motto: They sewed fig leaves together and made themselves aprons.

These arms have been used for a long period of time, but have not been officially granted.

If this text appears, it means that I have not yet had the time to add the information on these arms. Just Company of Needlemakers mail me and I will add all information that I have !