From Heraldry of the World
Your site history : Worshipful Company of Pewterers
Jump to navigation Jump to search 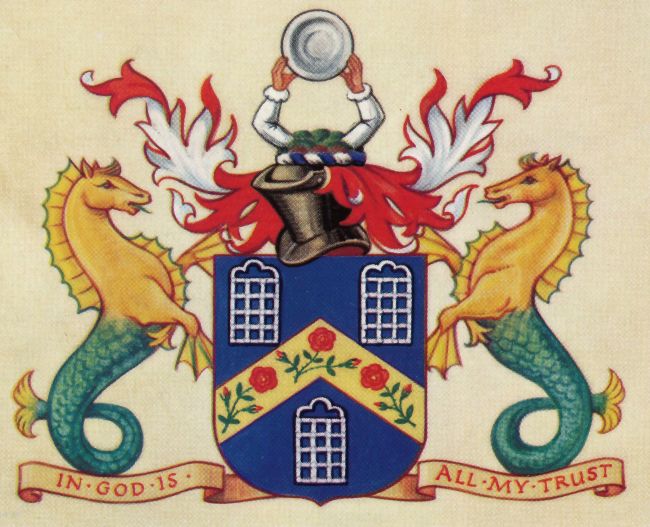 The formation of the London pewterers into an organized body with disciplinary powers sanctioned by the mayor and aldermen is to be seen in ordinances made in 1348. On 26th January 1473/4 the Pewterers were incorporated, as a fraternity or guild in honour of the Virgin Mary, by a royal charter which gave the Company power to examine and assay all merchandise belonging to their craft throughout England.

The earliest record of arms in use by the Company is found in a confirmation of arms by Roger Legh, Clarenceux, dated 13th August 1451. These arms are reproduced in colour in a manuscript of about 1480-1500 and an Elizabethan copy' of the patent, headed "The confirmation of the Pewterers ", blazons the arms as follows :
goules a cheveron of sable betwen iii lylly pottes of silver, in the cheveron iiii strakes in cloudes holdyng up our Lady of gold crouned under the handes of her blessed fader in a clowde.of tynne in theyre kynde and in the poynt of the cheveron vi aungells. 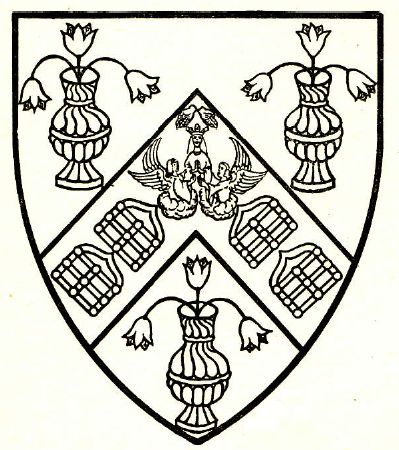 The representation of the Assumption in the arms recalls the Com­pany's origin as a fraternity in honour of the Virgin Mary, and the lily pots, i.e. pots of lilies, are emblematic of her purity.

As in the case of other companies, the Pewterers found it politic to eliminate any religious symbolism that might compromise their security during the Reformation, and the grant of 1533 was obtained accordingly.

A strike is a piece of tin often circular in shape, sold to mirror-makers, glaziers, tinsmiths, plumbers, organ-builders, spurriers and copper smiths. They were also used as signs to advertize pewterers' shops.