From Heraldry of the World
Your site history : Worshipful Company of Plaisterers
Jump to navigation Jump to search 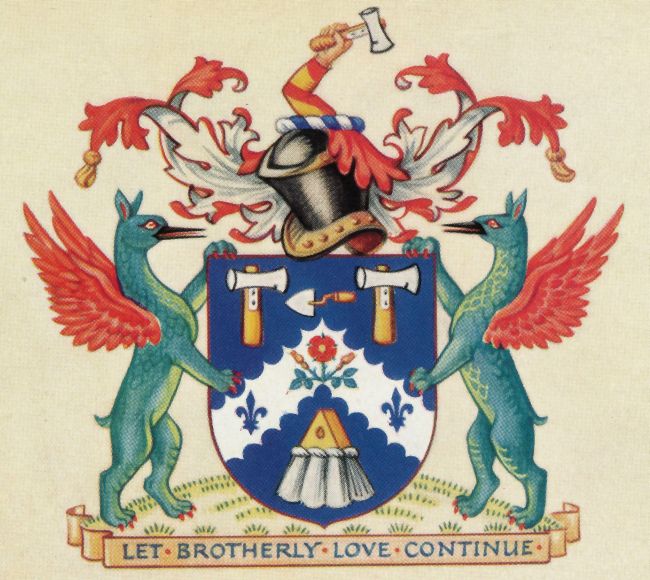 Arms : Azure, on a chevron argent a rose gules budded Or, stalked and leaved vert, between two fieurs-de-lys azure, in chief a trowel fessewise between two_ plasterers' hammers palewise, all argent handled Or, and in base a plasterer's brush of four knots tied argent handled Or.
Crest: On a wreath argent and azure, An arm vested bendy of four gules and Or, holding in the hand proper a plasterer's hammer as in the Arms. Mantled gules, doubled argent.
Supporters: On either side an opinicus vert, winged, membered and eyed gules, the throat and belly purfled Or.
Motto: Let brotherly love continue.

If this text appears, it means that I have not yet had the time to add the information on these arms. Just Company of Plaisterers mail me and I will add all information that I have !