From Heraldry of the World
Your site history : Worshipful Company of Vintners
Jump to navigation Jump to search 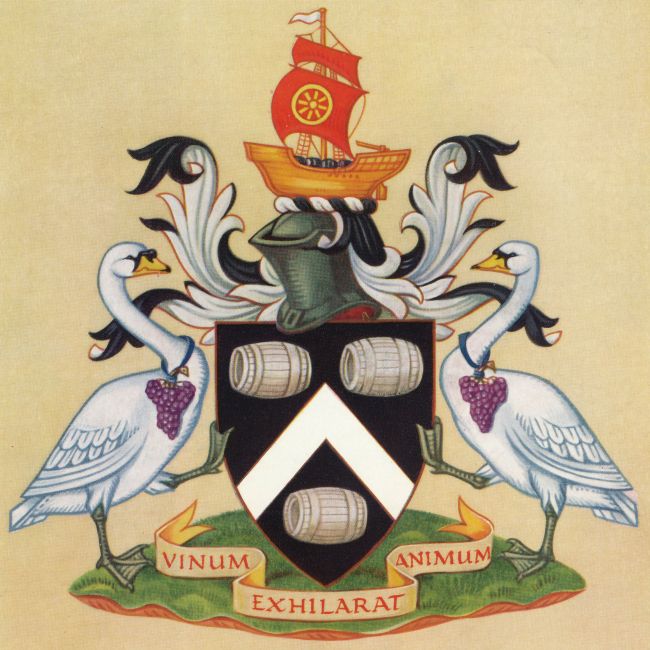 Arms : Sable, a chevron between three wine tuns argent.
Crest: On a wreath of the colours, A caravel Or laden with tuns proper, the sails gules, the mainsail charged with a cartwheel Or, and from the masthead a pennon argent.
Supporters: On either side a swan, the dexter a cob, the sinister a pen, both nicked in the beak with the mark of the Company, all proper, about the neck of each a riband azure, pendant therefrom a bunch of grapes also proper.
Motto: Vinum exhilarat animum.

If this text appears, it means that I have not yet had the time to add the information on these arms. Just Company of Vintners mail me and I will add all information that I have !