From Heraldry of the World
Your site history : 101st Aviation Regiment, US Army
Jump to navigation Jump to search 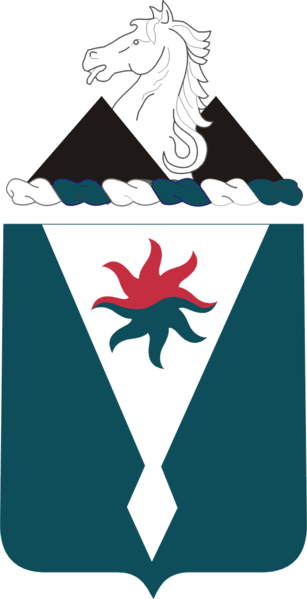 Shield: Azure, a pile lozengy at the point argent, in chief a mullet of eight rays per fess wavy gules and of the first
Crest: On a wreath of the colors, argent and azure, between two triangles sable a horse's head argent
Motto: Wings of the Eagle