From Heraldry of the World
Your site history : 15th Personnel Service Battalion, US Army
Jump to navigation Jump to search 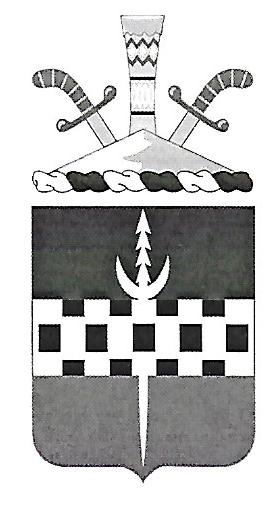 Shield: Per fess Azure and Gules, a stylized spear palewise Argent debruised by a fess of the like biletty Sable
Crest: From a wreath Argent and Azure, issuing from a sand dune and between two demi-scimitars pilewise, a ceremonial drum Proper.
Motto: Commited to service