From Heraldry of the World
Your site history : 26th Infantry Division Yankee Division, USA
Jump to navigation Jump to search

History: The Division first was raised in 1917 and disbanded in 1919, reformed in 1923 in the Massachusetts Army National Guard. Disbanded in 1945 and reformed in 1947 and again disbanded in 1993. To day the divisional traditions are kept by the 26th Maneuver Enhancement Brigade wich originated in the 26th Brigade formed from the 1st Brigade of the 26th Infantry Division. 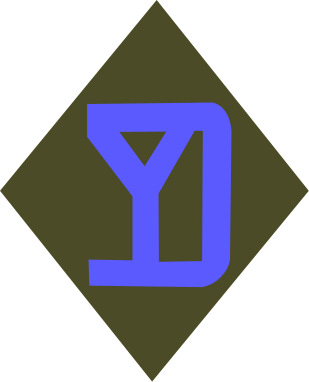 The letters YD alludes to the name Yankee Division.