From Heraldry of the World
Your site history : 334th Bombardment Group, USAAF
Jump to navigation Jump to search 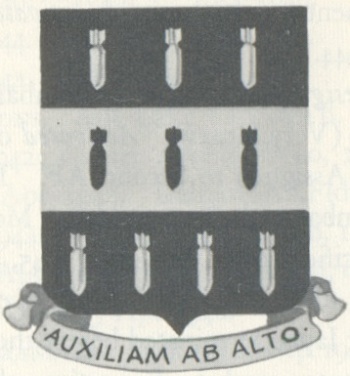 Shield: Azure, on a fess or between in chief three drop-bombs and in base four of the like of the second, three similar bombs of the first.
Motto: Auxiliam ab alto - Aid from Above.