From Heraldry of the World
Your site history : 3rd Field Artillery Regiment, US Army
Jump to navigation Jump to search 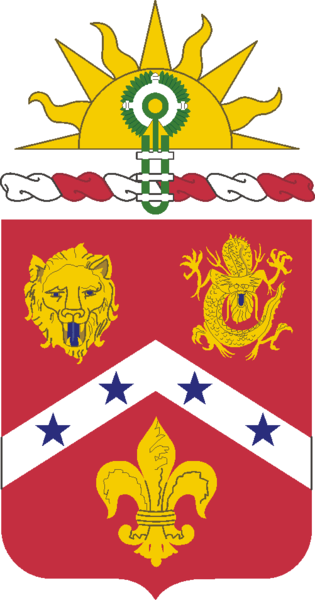 Shield: Gules, on a chevronel Argent four mullets Azure, in chief a lion's face and an imperial Chinese dragon affronté both Or, langued of the third, in base a golden fleur-de-lis.
Crest: On a wreath of the colors Argent and Gules, a demi-sun Or charged with an Aztec banner Very garnished Argent.
Motto: CELERITAS ET ACCURATIO = Speed and Accuracy.