From Heraldry of the World
Your site history : Acadia University
Jump to navigation Jump to search 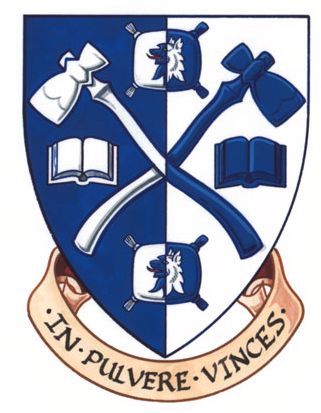 Arms: Per pale Azure and Argent two Nova Scotia woodsman’s axes in saltire between in chief and in base a cushion charged with a wolf’s head and in the flanks an open book all counterchanged
Motto: IN PULVERE VINCES