From Heraldry of the World
Your site history : Adjutant General School, US Army
Jump to navigation Jump to search 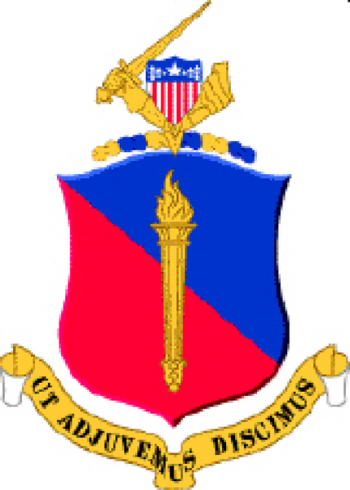 Shield: Per bend Azure and Gules, a torch Or.
Crest: On a wreath of the colors (Or and Azure) in front of an arm embowed in armor fessways grasping a sword all Or, the shield of The Adjutant General's Department Proper.
Motto: A scroll Or doubled Argent inscribed “Ut Adjuvemus Discimus” (We learn so that we may aid others) Sable.