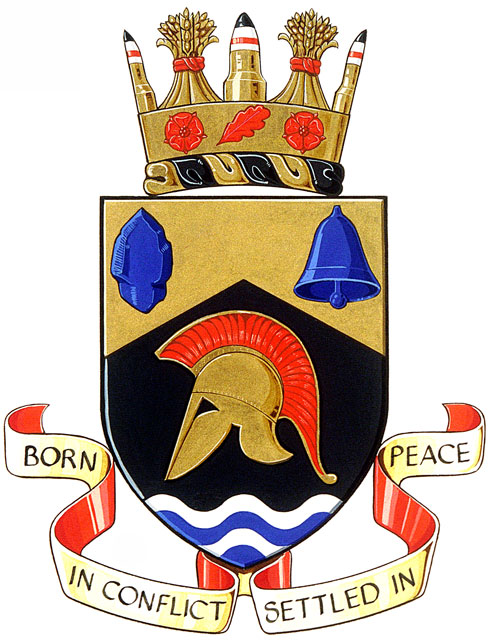 Arms: Per chevron enhanced Or and Sable an ancient Greek war helmet Or its panache Gules fimbriated Or between in chief dexter a Woodland native projectile point sinister a bell Azure and in base barry wavy of four Argent and Azure;
Crest: A coronet composed of artillery shells cased Or shelled Argent banded Gules fused Sable alternating with garbs Or banded Gules set upon a ring Or charged with an oak leaf between two roses Gules;
Motto: BORN IN CONFLICT · SETTLED IN PEACE

The arms were officially granted on September 5, 1999.