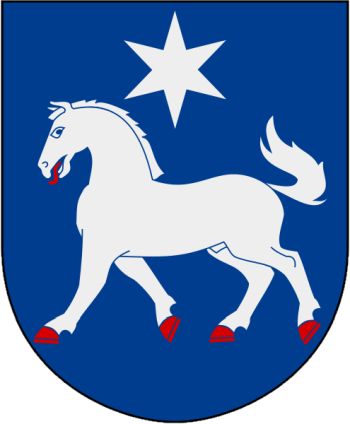 The arms were officially granted on December 9, 1949.

The composition with the horse and star was taken from the seal of the Arbrå parish. Literature: