From Heraldry of the World
Your site history : Bartoszyce
Jump to navigation Jump to search 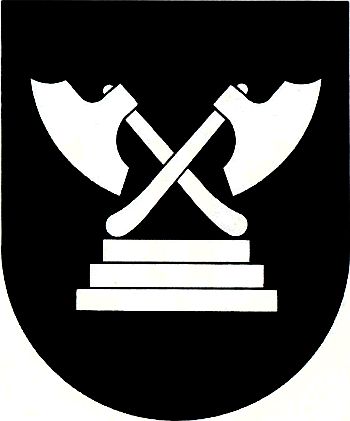 The oldest seals of the city, which date from the 15th century, already show two crossed axes on a small hill or mountain, making the whole arms canting. The axe is a canting symbol (Barte=axe). All known later seals also only show one of two axes. The old arms (see below) show a knight of the Teutonic Order, holding an axe. The town was a longtime possession of the Order. When the knight was added is not known.