From Heraldry of the World
Your site history : Brockville
Jump to navigation Jump to search 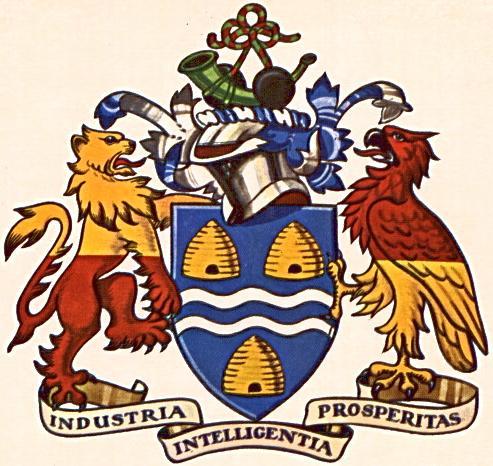 The arms were officially granted on November 7, 1991.

The wavy bar in these arms represents the St. Lawrence; the beehives are taken from the original cluttered attempt at a coat of arms and represent industriousness. The supporters (an eagle and a lion) are taken from the charges (and in the colours) of Sir Isaac Brock's coat of arms (Sir Isaac Brock, of course, being the 1812 war hero after whom the town is named). The motto means "industry, intelligence, prosperity".