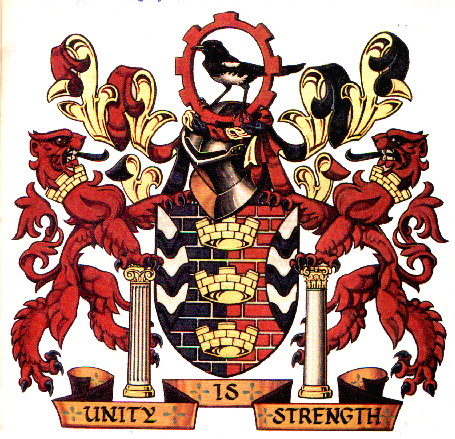 The design on the shield represents the topography of Brunswick with the two creeks running either side. The masonry depicts the main streets running parallel to each other east to west, while it also refers to the buildings lying between the creeks. The brickwork also recalls the brick, clay and bluestone industries for which Brunswick was famous. The three mural crowns, symbols of local government refer to the evolution of the area through three municipal stages, while also alluding to the three estates of the City: Mayor, Councillors, and Citizens.

In the crest, a Magpie, an Australian bird, is an emblem of Brunswick while the red cogged wheel symbolizes industry. The suppirters are the red lions of Brunswick in Germany, each gorged with a mural crown for difference. The pedestals honour the large ethnic communities who have contributed strength to the city since migrating to Australia.