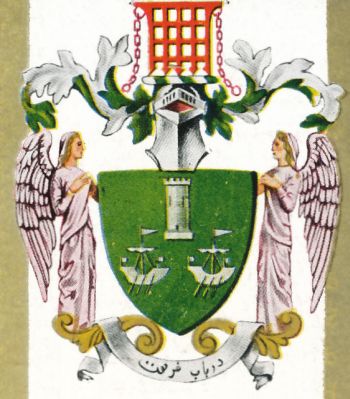 As the 'nawab' (prince) of Cambay is Muslim, he carries an Arab motto which says: 'In the gate of his majesty'. This is also the origin of the crest.