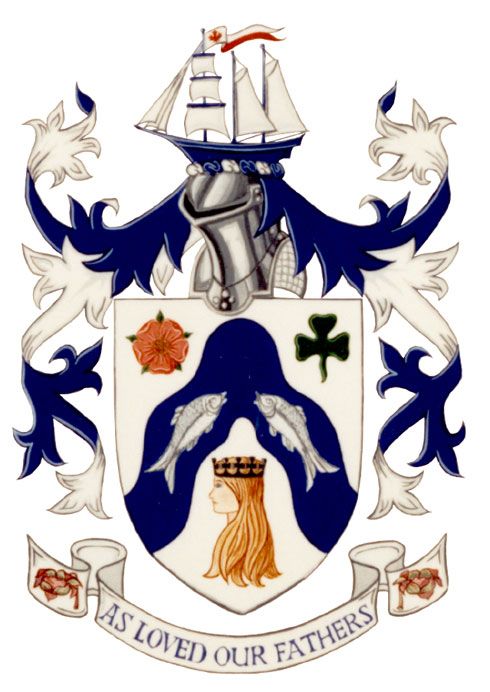 Arms: Argent on a chevron wavy Azure between in dexter chief a rose Gules barbed Vert seeded Or in sinister chief a shamrock Vert and in base the head of a young woman proper crowned with a coronet of shamrocks Sable two fish respectant in chevron Argent
Crest: A bank schooner Azure sails Argent flying from the foremast a pennant the hoist Argent charged with a maple leaf Gules the tail per fess Argent and Gules
Motto: AS LOVED OUR FATHERS