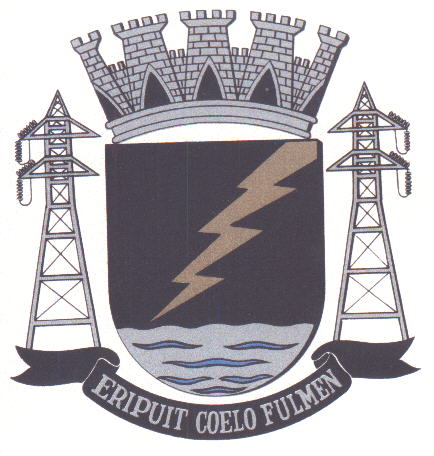 The thunderbolt stands for the electricity generated by the Urubupungá dam. The dam is symbolised by the black field, and the base forms the lake in the Paraná river formed by the dam.

The shield is supported by two electricity towers further emphasising the importance of the power station for the municipality.

The motto Eripuit Coelo Fulmen means 'The bolt taken away from the sky'.