From Heraldry of the World
Your site history : Coast Defenses of Sandy Hook, US Army
Jump to navigation Jump to search 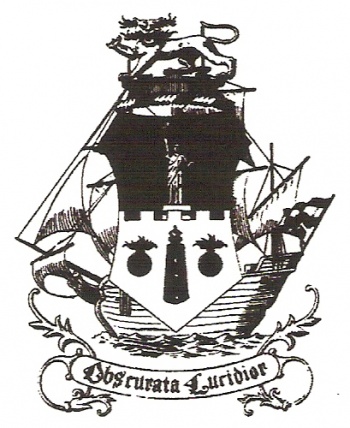 The upper part is red with the Statue of Liberty issuant in gold and the lower part gold with the Sandy Hook Lighthouse i black and the grenades black with red flames. The Crest is a gold panther on the battlements of a red tower. The Supporter is the Ship Half Moon, which was anchored near Sandy Hook in 1609. Later adopted by the 7th Coast Artillry Regiment.