There are 10 inhabited islands, each with their own island council.

The National Arms of the Cook Islands 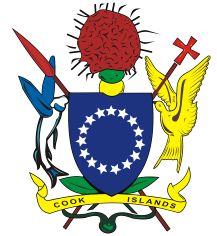 The National Arms show the 15 islands of the group in the vast blue ocean.

The crest shows a ariki head-dress (pare kura) of red feather, symbolising the importance of the traditional rank system.

The name of the nation is on a banner below the shield. 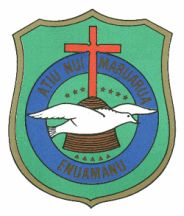 If you have any information on these arms Islands mail us !