From Heraldry of the World
Your site history : Diocese of Great Falls-Billings
Jump to navigation Jump to search 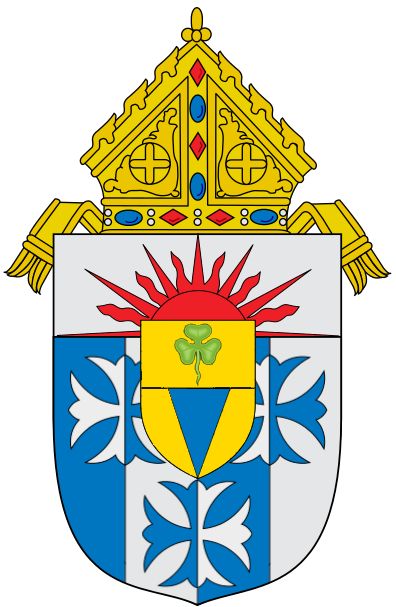 The Diocese of Grand Falls used arms since 1904. These arms consisted of four pales blue-argent, symbolising falling water for Great Falls. The crosses counterchanged on the pales honor the Most Blessed Trinity. In chief a sun on argent reflects the fact that Great Falls is located opposite to the mouth of the Sun River.

In June 1980 the diocese of Great Falls became a dual See city, and was renamed in Great Falls-Billings. To commemerate this change, a small shield was added in the former design of Great Falls. This shield is divided per with in the upper half a trefoil to honor Saint-Patrick, the Irish saint, who is the patron of the co-cathedral in Billings; and in the lower half a pile azure. The golden sides that are left by cutting out the blue pile, give the illusion of rimrocks, the cliffs that surround the City of Billings.

Arms of Bishops of Great Falls

Arms of Bishops of Great Falls-Billings