From Heraldry of the World
Your site history : Diocese of Ripon
Jump to navigation Jump to search 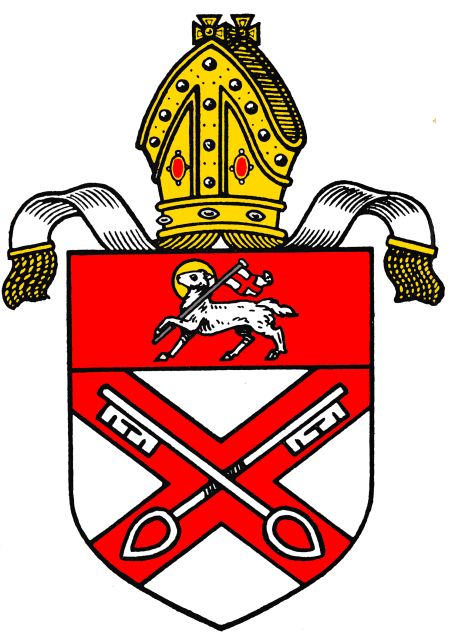 Argent, on a saltire gules two keys in saltire, wards upwards, Or; on a chief of the second a Holy Lamb proper.

The arms were officially granted on November 3, 1836.