From Heraldry of the World
Your site history : Dublin Docklands Development Authority
Jump to navigation Jump to search 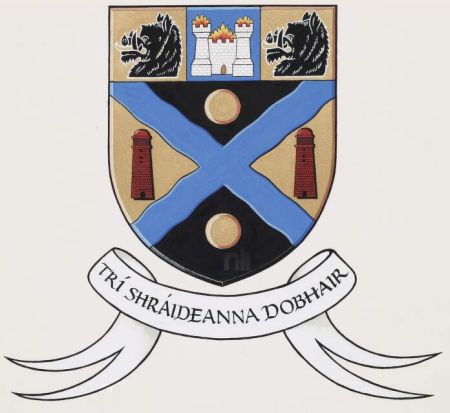 Per saltire sable and or a saltire wavy azure between in chief and in base a bezant and in either flank a lighthouse gules; on a chief gold between two boars'heads couped at the neck of the first, langued of the fourth, a pale of the third charged with a castle argent, flammant proper. Motto : Trí shráideanna dobhair.

If you have any information on these arms Docklands Development Authority mail us !