From Heraldry of the World
Your site history : Duchy of Friaul
Jump to navigation Jump to search 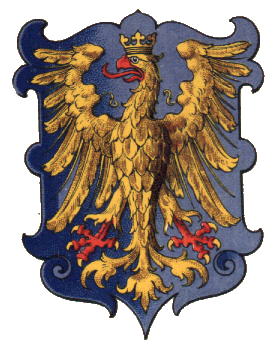 The Duchy of Friaul (now Friuli, Italy) was a separate state from 1077 until 1420 when it was conquered by Venice. The title was adopted by the Doges of Venice and the golden eagle was added to the arms of Venice. When the territory was acquired by Austria-Hungary the title and arms became part of the official title of the Emperor.