From Heraldry of the World
Your site history : Durham (City)
Jump to navigation Jump to search 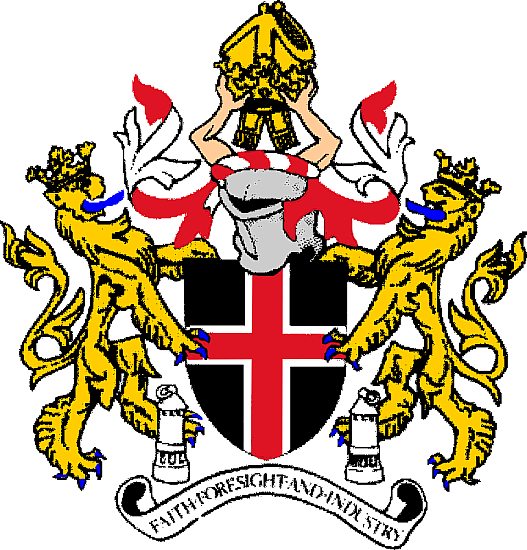 The shield is that of the Durham Borough, see there. When the new, larger, city was formed in 1974, Garter King of Arms added a crest and supporters for the larger area.

The crest has the distinctive mitre within a ducal coronet of the Bishop of Durham. This is lifted by two arms, representing the people of the city, uoholding all that is good in the city.

The supporters are two gold lions, ducally crowned. They are the symbol of St. Oswald. The miner's lamps, are for the traditional coal-mining of the area.

The motto was used by Durham Rural District Council.