From Heraldry of the World
Your site history : Gaelic Athletic Association
Jump to navigation Jump to search 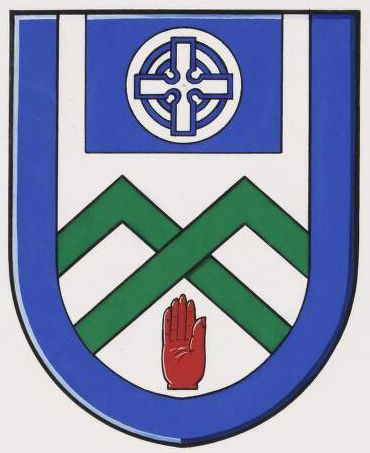 Argent, within a bordure on the dexter and the sinister two chevronels braced vert, on a chief couped of the second a plate charged with the head of an ancient Irish cross also of the second voided of the first, in base a dexter hand appaumee couped at the wrist gules.

The arms were officially granted on November 30, 1999.

If you have any information on these arms Athletic Association mail us !