From Heraldry of the World
Your site history : Gordon Joseph Gray
Jump to navigation Jump to search 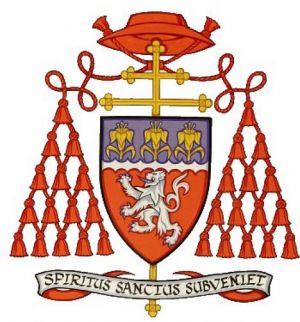 Gules a lion rampant Argent armed and langued Azure, on a chief Purpure three lilies Or and at the lower part of the chief a fillet engrailed Argent.

If you have any information on these arms Joseph Gray mail us !