From Heraldry of the World
Your site history : Guararapes
Jump to navigation Jump to search 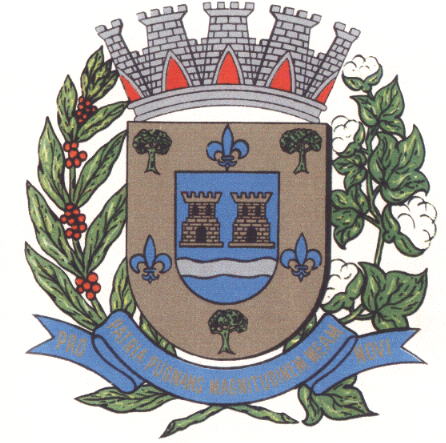 The towers, as symbols of victory in battle, symbolise the two successful battles fought on the Guararapes mountains during the Dutch invasion, which gave the name to the city, even though this happened in another part of the country (North-East, in the 17th century). The olive trees come from the arms of the Oliveira family, the fleur-de-lis- are the symbol of the local poatron saint, St.Mary. The wavy bar symbolises the Frutal river that runs through the city.

The shield is flanked by coffee and cotton, the main crops in the region.
The motto means 'Fighting for the fatherland I took conscience of my greatness'.