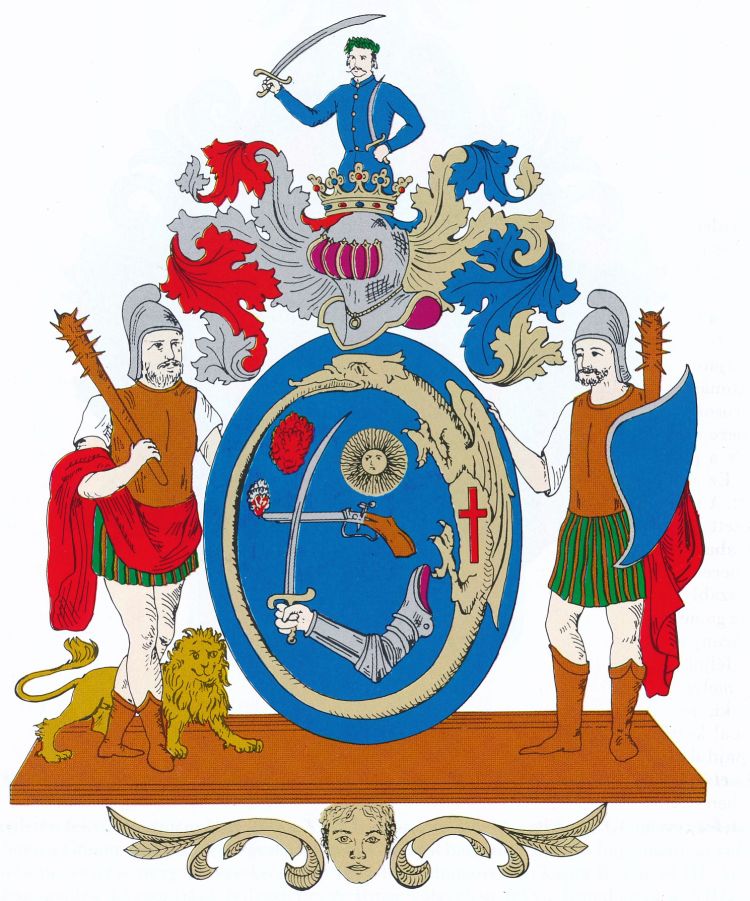 The arms were officially granted in 1877.

The golden dragon with the cross is taken from the family arms of István Bocskai, Prince of Transylvania and Hungary from 1605 to 1606. The other symbols all refer to the Battle of Álmosd on Pctober 15, 1604, where Prince Bocksai won his first battle during the uprising against the Emperor at the time.

The supporters also symbolize the heroism and heroism of the Hajdú and represent the ancient warriors of Samson (with the lion) and Achilles. The crest shows a Hajdú warrior.

The region became a separate region afther 1604 and remained a special area until 1876 when it became a proper province.