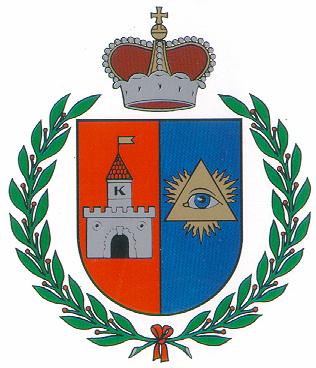 The arms were originally granted on December 27, 1791 at the same time as the city rights. The arms showed a castle with the letter K, and the heavenly eye of Providence. The original diploma still exists (see image below). 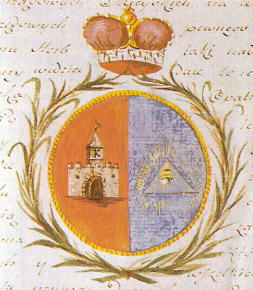 The arms were abolished already in 1792.

In the early 20th the image below was shows as city arms on postcards, but the arms were never officially used. 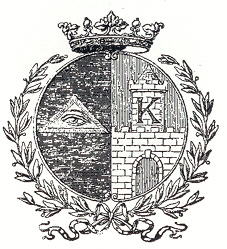