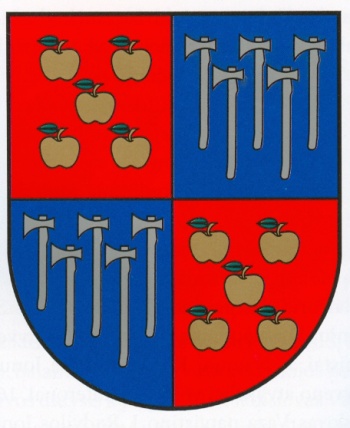 The arms were officially granted on November 24, 1998.

The arms reflect the local folk tale about five brother carpenters, who built the Kybartai town. The apples symbolize knowledge and civilization (i.e. town), and the axes are carpenters' tools.

The arms were first approved on August 31, 1970, actually after the ban by the Soviet regime of reviving Lithuanian heraldry (i.e. the approval was an act of cultural resistance).