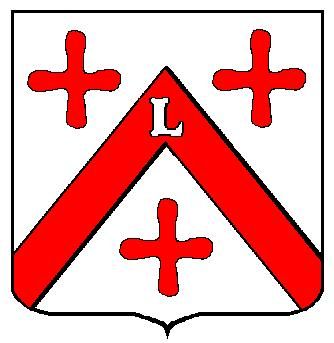 The arms above are used since October, 1966, after the initial name of the city (Elisabethville) was replaced by that of Lubumbashi. It is identical to that granted by the Belgian colonial administration in 1954, only the crowned " E " having been replaced by the Lubumbashi " L ".

During the colonial period, the village - then named Elisabethville - obtained the city status on June 25, 1941. Its arms were granted on December 20, 1954. 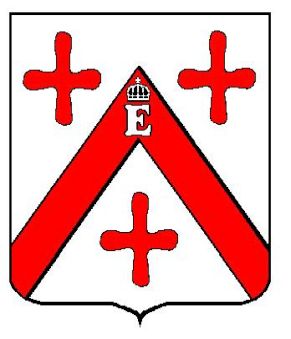 The crosslets of Katanga evokes the copper mining wealth of Katanga, in which the city is situated.
In the same order of ideas, the chevron gueles could symbolize a casting of ores, unless it evokes the extraction of ores, as the motto which means " depths towards summits " could suggest it.

The crowned " E "constitutes course a mark of honoring to Queen Elisabeth.