From Heraldry of the World
Your site history : Magdalen College (Oxford University)
Jump to navigation Jump to search 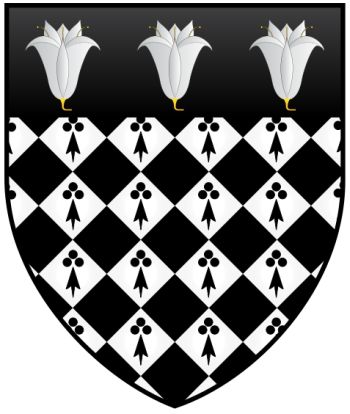 Lozengy ermine and sable, on a chief of the last three lilies close couped argent.

Magdalen was founded in 1458. The founder of this College was William Patten or Waynflete, Bishop of Winchester. The arms of Patten, lozengy (or sometimes fusilly) ermine and sable are used by Magdalen with the addition of a chief sable, charged with three lilies argent, slipped and seeded or. This chief is supposed to have been added by Patten when he became Provost of Eton, for a lily occurs in the arms of Eton College.