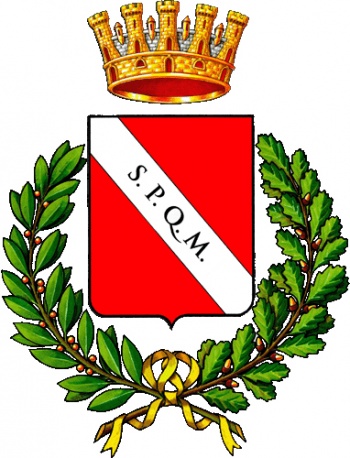 Molfetta used a red shield with a silver bend for many centuries, probably from the 16th century. In 1911 the letters SPQM were added to the arms. The letters mean Senatus PopulusQue Melphictensis (Senate and People of Molfetta).

The arms as shown below left were shown wrongly, both with regard to the colours as to the direction of the bend. The present colours and direction are according to historical sources.