From Heraldry of the World
Your site history : Muswellbrook
Jump to navigation Jump to search 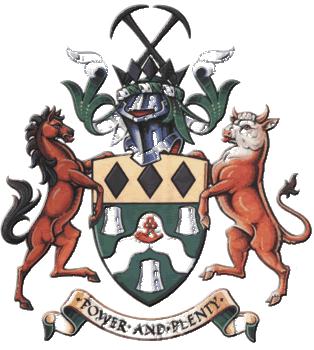 The green ground represents the verdant country and the wavy silver chevron charged with a red bugle horn the Hunter river which bends at Muswellbrook forming a chevron. The red bugle horn is taken from the arms used by John Hunter (1737-1821) second Governor of New South Wales. The lozenges, or black diamonds, symbolise coal as coal mining is a major feature of the Shire.