From Heraldry of the World
Your site history : National Maternity Hospital of Ireland
Jump to navigation Jump to search 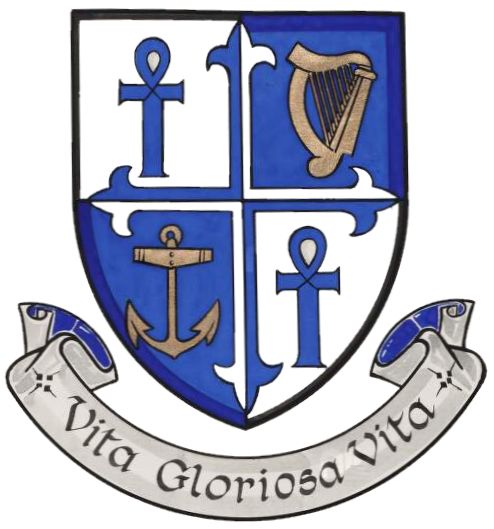 Quarterly argent and azure a cross flory quarterly of the second and of the first, in the first and fourth quarters an ankh of the second, in the second quarter a harp or and in the third quarter an anchor of the last, with the Motto: Vita Gloriosa Vita.

If you have any information on these arms Maternity Hospital of Ireland mail us !