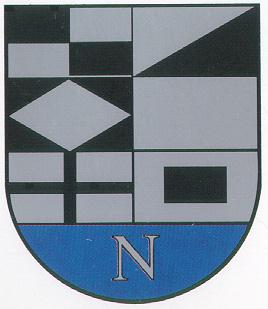 The first arms issued for Neringa date from 1968 and had a similar design, except that different vanes were used (see below). 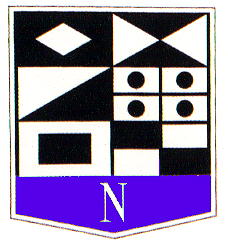 When the new arms were to be designed in 1997 it was clear that the old arms could no longer be used. Rasyte is now part of Russia and thus the Rayte vane had to be removed. Also the symbol of Juodkrante was shown wrongly, the village uses only a cross. To replace the symbol for Rasyte, it was decided to use the field for Karvaiciai, which, together with 16 other villages, is now buried under the sand, but it was a fishing village in the 19th century. As it had no own symbol, the field is shown empty.