From Heraldry of the World
Your site history : Norfolk Island
Jump to navigation Jump to search 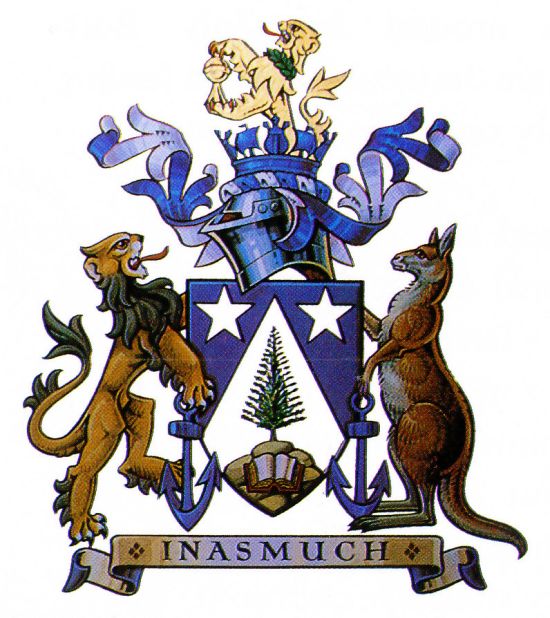 The arms show a Norfolk Island pine, a native tree, on a rocky mount. The stars are taken from the Australian arms, as well as from the arms of James Cook, who discovered the island in 1774. The anchor, the naval crown and the bible refer to the background of the first settlers, which moved to Norfolk from Pitcairn Island. The division of the arms is also identical to the arms of Pitcairn.

The supporters refer to the ties with Britain and Australia.