From Heraldry of the World
Your site history : Okonek
Jump to navigation Jump to search 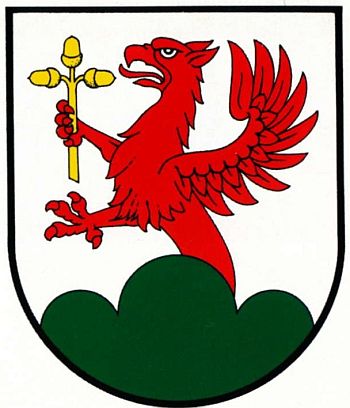 Okonek, then Ratzebuhr, received town rights in 1597 and city rights in 1754. The oldest known seal of the town dates from 1620 and shows a shield with two trees, most likely oak trees, and above the shield a helmet with an oak tree as a crest.