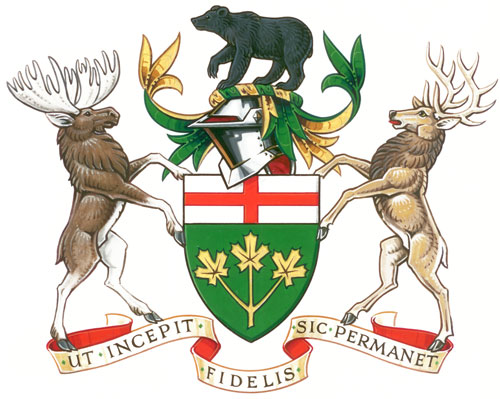 The shield consists of three golden maple leaves on a green background with the banner of St. George, and a red cross on white background. Above the shield is the crest, a black bear standing on a wreath of gold and green while a moose and a deer support the left and the right.

The Latin motto means "Loyal she began, loyal she remains."