From Heraldry of the World
Your site history : Otley Association
Jump to navigation Jump to search 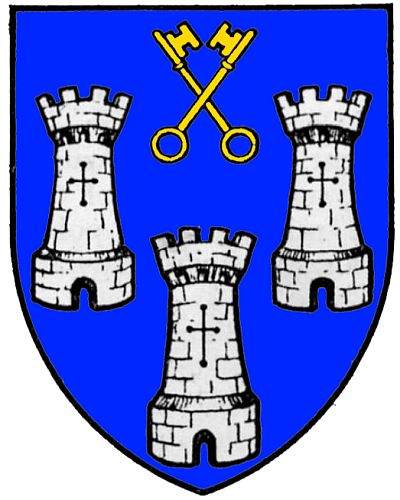 Azure three Towers two and one Argent, in chief two Keys in saltire Or, their wards upwards.

The arms were officially granted on October 5, 1798.

The Otley Armed Association was formed 1797 by Rev. James Bailey to provide a home defence force when there was Napoleonic invasion threat. This Association (unusually) achieved a grant of arms that was later taken over and used by the Otley Urban District Council.