From Heraldry of the World
Your site history : Ovansjö
Jump to navigation Jump to search 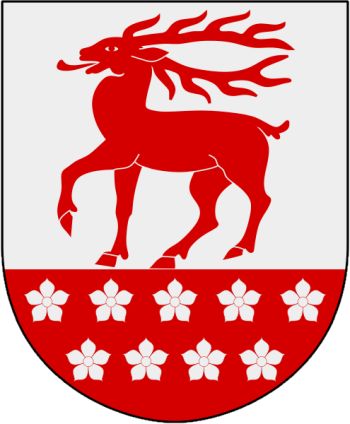 The arms were officially granted on December 16, 1949.

The deer is taken from the seal of the local parish from 1685. The shield on the seal was surrounded by flower branches, which is symbolised by the flowers in the base of the shield.