From Heraldry of the World
Your site history : Pajevonys
Jump to navigation Jump to search 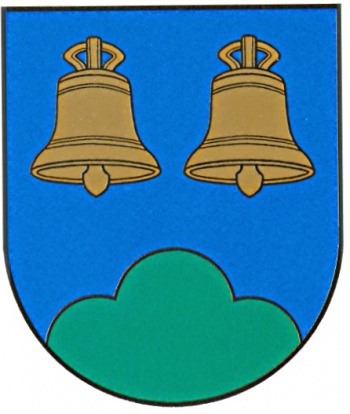 The arms were officially granted on December 13, 1999.

The arms remind that once the local church had two bell-towers with bells "St. John" and "St. Joseph", but the bells were taken by the German occupational regime during World War I, and the towers were destroyed by the German army in World War II. So the bells symbolize the losses of past.