From Heraldry of the World
Your site history : Principality of Brixen
Jump to navigation Jump to search 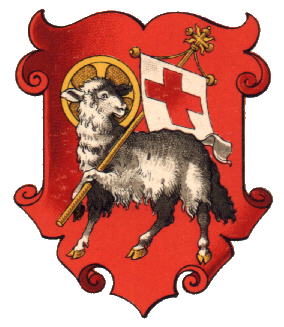 The Principality Brixen (now Brixen/Bressanone, Italy) was from 1179-1803 an independent state ruled by the Abbots of Brixen Abbey. In 1803 it was incorporated into Austria-Hungary. The arms show the Paschal Lamb, symbol of St. John, the patron saint of the Abbey. The arms are also used by the modern city of Brixen.