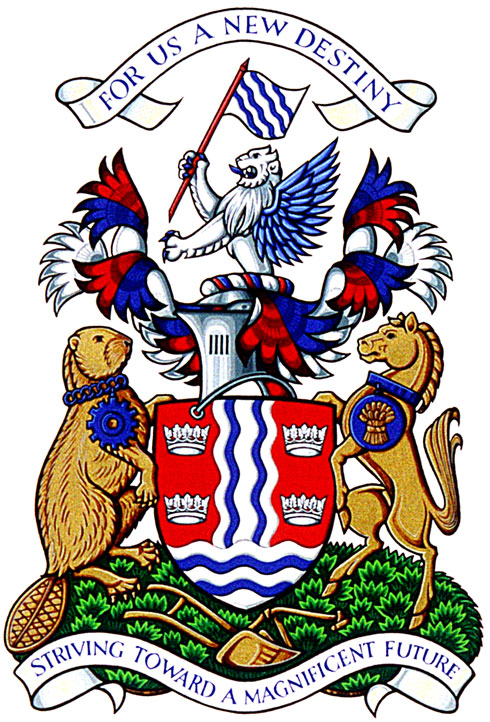 Arms: Gules on a pale wavy Argent between four Loyalist civil coronets Argent two pallets wavy Azure the pale issuant from a base wavy Argent charged with two bars wavy Azure;
Crest: A demi lion Argent winged Bleu Celeste langued and armed Azure bearing in the dexter paw a pole Gules flying therefrom a flag Argent four bendlets wavy Azure;
Supporters: On a grassy mound Vert set with a plow Or dexter a beaver Or gorged with a collar of interlaced rings pendant therefrom a cogwheel Azure sinister a horse Or gorged with a collar Azure pendant therefrom a hurt charged with a garb Or;
Motto : STRIVING TOWARD A MAGNIFICENT FUTURE;

If you have any information on these arms West mail us !