From Heraldry of the World
Your site history : Ragunda
Jump to navigation Jump to search 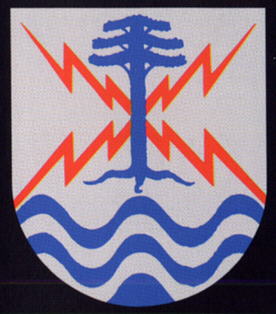 The arms were granted to Fors, but continued by the new Ragunda municipality in 1974.

Until 1974 the municipality used the arms below:

The arms were officially granted on February 14, 1947.

The arms simply refer to the many streams and waterfalls in the area.