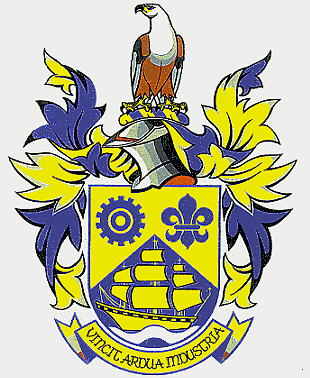 The Fish Eagle is common to the area and aptly conveys the impression of the sea and fishing, two major enterprises in the town.

The fleur-de-lis and the armor are derived from the coat of arms of Sir Frederick Richards after whom Richards Bay was named.

The ship in full sail represents the port.