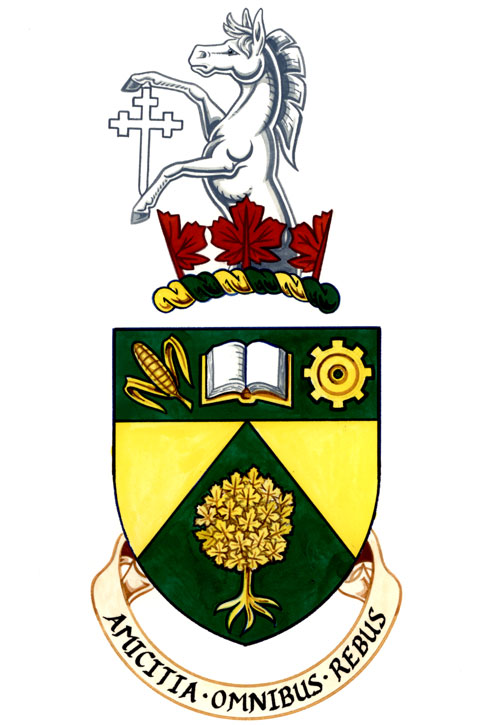 Arms: Per chevron Or and Vert a maple tree eradicated Or on a chief Vert an open book Argent bound Or between an ear of Indian corn and an annulet the outer edge embattled both also Or;
Crest: Issuant from a circlet of maple leaves Gules a demi horse holding between the hooves a cross crosslet fitchy Argent;
Motto : AMICITIA OMNIBUS REBUS;