Difference between revisions of "Ryde"

From Heraldry of the World
Your site history : Ryde
Jump to navigation Jump to search 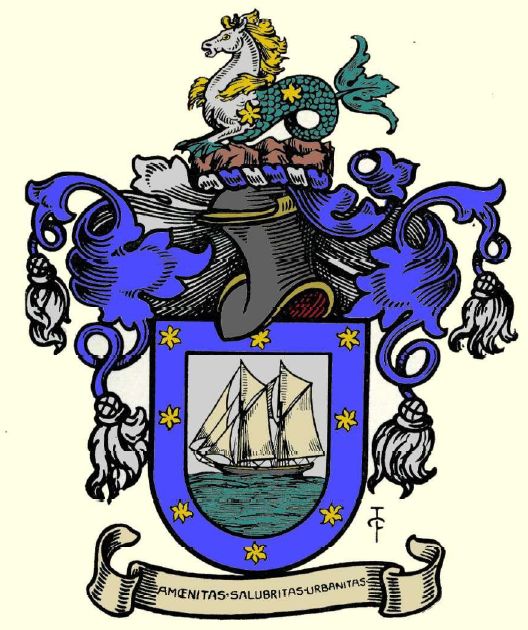 Arms : Argent, in base on waves of the sea a schooner yacht under sail proper, within a bordure azure charged with eight estoiles Or.
Crest : On a wreath of the colours, Upon a rock a sea-horse proper, charged on the body with two estoiles Or.
Motto : Amoenitas, salubritas, urbanitas.

The arms were officially granted on February 18, 1869.